According to foreign media reports on March 15, 2019, researchers at Purdue University in the United States have developed a new electric vehicle battery technology using a patented "fluid" system, enabling electric vehicles to last more than 5,000 kilometers. This technology uses a battery fluid to generate the electrical energy and hydrogen needed to drive an electric car and is currently being tested on a golf cart. 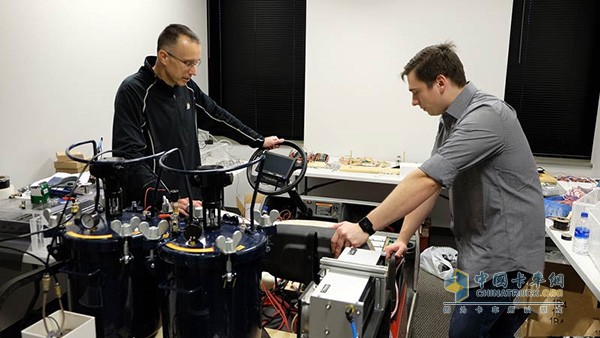 This technology is similar to the Scottish "fluid cell" technology, which uses a thin film to pass ions through two separate "liquid containers" of battery cells. The former does not require a film and uses only one battery "container".

John Cushman, a well-known professor at Purdue University, said in a statement that a new system using only one battery fluid can achieve a much higher energy density. This means that electric vehicles can use lighter batteries and have longer cruising range, making fluid batteries a strong competitor for batteries for electric vehicles.

The system is currently being tested on vehicles such as golf carts, and according to current developments, researchers believe it can provide 3000-600 miles (about 4800-5800 kilometers) of cruising range for electric vehicles.

The user only needs to change the battery liquid every 480 km. The whole process is very similar to the current refueling, and the time required is much shorter than the 45 minutes required to charge the lithium ion battery electric vehicle.

Cushman said, "The new technology will change the rules of the next generation of electric cars, because it does not require huge investment in the reconstruction of the grid, the current gas stations can be modified to serve them. Compared with the existing battery system, it More advantages in terms of ease of use, safety and environmental protection"

Once the battery anode wears out -- about 5,000 kilometers, the time to replace it is about the same as changing the oil, and the price is only about $65.

Reusing parts and battery fluids is also a big selling point for new technologies. Parts and battery fluids can be recycled and reused after charging in a solar or wind power plant. â€œThe energy will be substantially completely recycled and only rarely was wasted. The new battery is very safe, can be stored at home, and is stable enough. It is quite cost-effective in terms of economy."

Our Popcorn Maker is suitable for small-batch production, using electromagnetic heating, the operation is simple, safe and reliable, high efficiency, large output, convenient cleaning.Only one worker can operate it,saving in labor.Also small in size,save floor area.If you want to start popcorn business,its a really good choice for you.we will supply formula and training for free.